The eastern border of Europe represents an extremely significant notion, being historically and culturally subject to perpetual fluctuation. Cities like Berlin, Vienna, Warsaw, Trieste, for centuries have represented the frontier where Eastern and Western European culture interfaced, the point where exchanges and conflicts occurred.

This is an issue that Europe still faces today. The region defined as “Eastern Europe” in the modern EU era includes countries whose European identity is critical, on historical and contemporary grounds. Nations such as Russia, Turkey, and Greece are today in an inside/outside position from the perspective of European belonging. This is the new frontier, where European identity and alterity are in discussion.

On the other hand, although Germany plays today a central role as member state in shaping European identity, its recent past tells a story of conflict and polarity between East and West, having witnessed decades of internal division. It is consequently significant to bring German audiences to reflect upon the Eastern frontier theme in a wider frame of “Europeness”.

The Ensemble Interface brings together composers from Eastern Europe with German/Eastern European composers based in Germany, with the aim to open exchange and mutual confrontation between the two sides, bring knowledge and visibility to both parts, reach German and Western audiences with new and rarely performed repertoire from the Oriental scene and vice versa. The project features works by Panayiotis Kokoras (Greece), Onur Yıldırım (Turkey), German-based composers Jagoda Szmytka (Poland) and Sergej Newski (Russia), as well as East German-born composer Helmut Oehring.

From a composers perspective… (pdf) 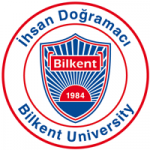